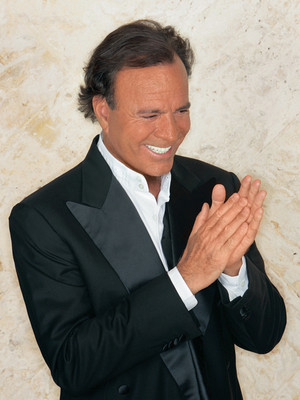 Stand aside Enrique - this sun-kissed Spanish crooner has sold over 300 million albums!

on the road again!

Julio Iglesias is a Spanish singer and songwriter with a musical resume that would make even Enrique jealous. He's sold over 300 million albums and released an impressive 80 albums in his forty-plus year career, and is the best selling Latin music artist in the world! His devoted fan base extends around the world - he's even the Most Popular International Artist in China!

He discovered his musical talent by accident, as it was only when he was in hospital after a serious car accident that he started playing the guitar and realized his passion for singing and song-writing. Until then he had focussed his attentions of professional football and studying towards a Law Degree. Participating in the Eurovision singing contest in 1970, where he represented Spain, helped to raise his profile as an artist. A year later he had sold his first million records.

Sound good to you? Share this page on social media and let your friends know about Julio Iglesias at Agganis Arena.