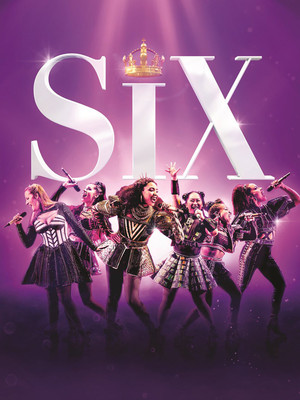 Move over Hamilton, there's a new soundtrack in town and it's JUST as infectious! Henry VIII's six wives are stepping out from the big man's shadow to take their turn in the spotlight in this epically good new musical! Created by Toby Marlow and Lucy Moss, SIX is a celebration of girl power - from the 16th Century to today - and debuted on the West End in 2018 to fantastic reviews. With an infectious songbook and costumes to make Gaga or Queen Bey jealous, this outstanding show pushes the boundaries of musical theatre! Much like Hamilton, Six injects its historical story with modern day attitudes and modern day music, serving up a dizzying whirl of pop and comedy, and an all-female cast. Don't miss it!

What is Six About?

Catherine of Aragon, Anne Boleyn, Jane Seymour, Anne of Cleves, Catherine Howard, Katherine Parr. You know the names, and you may know how each of their marriages to a certain king came to an end, but these six women are far from just a historical footnote. In Six, the floor is theirs as they tell you what really went down in the court of Henry VIII.

The transformation of the wives into a modern-day girl pop group, vying for X factor type glory...is a brilliant adaptation

The Spice Girls might have reunited but they've got a run for their money in the unexpected form of Henry VIII's wives. But unlike their static portraits (and positions in history), these girls can sing and dance and put on a dazzling performance.

Six was Amazing!!! My daughter and I went for some time out. It was fabulous.... more

Sound good to you? Share this page on social media and let your friends know about Six at American Repertory Theater.