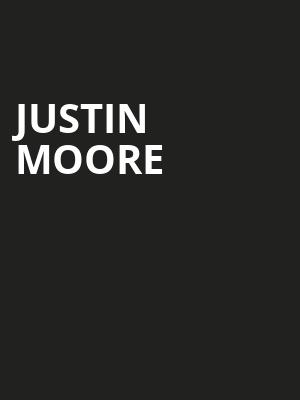 Justin Moore returns to the road!

The chart-topping country star is back on the road again. The hat-tipping Arkansas native is bringing his live show to you. His performance have captivated concertgoers across the country and helped established a loyal fan base so make sure you catch him when he comes to town.

Moore paid tribute to servicemen with his single, The Ones That Didn't Make It Back Home', a salute to those who gave their lives for our freedom. It peaked at Number One and marked Moore's eighth chart-topping single on both Mediabase and Billboard charts.

His first number one was "Small Town USA" off his self-titled debut album. The record went platinum, along with its follow up "Outlaws Like Me" in 2011. In 2016, he released his third collection called "Off The Beaten Path," which contained his third straight number one hit "Kinda Don't Care."

Moore was named New Artist of the Year at the American Country Awards in 2014.

Always a great show! Plays all of his hits, new and old. And plays old... more

VERY ENTERTAINING, HUMBLE, AND ONE OF THE RARE SINGERS THAT SOUND AS GOOD... more

Sound good to you? Share this page on social media and let your friends know about Justin Moore at Cape Cod Melody Tent.