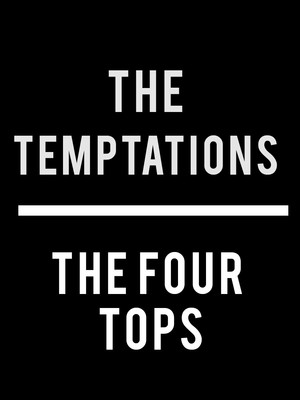 The Temptations & The Four Tops

Why See The Temptations & The Four Tops?

It's not often that two Motown giants tour together, but this is exactly the case for the Four Tops and The Temptations, who show that they can more than hold their own against the myriad of new acts and recent reunions that have been entertaining the US and Canada of late.

When it comes to Motown legends, it doesn't get any bigger or any better than multi-platinum selling artists The Four Tops & The Temptations. Hitting the stage with their high energy pop and funk from the 70's and 80's, these musical greats perform classic Motown hits from their repertoire. Despite only one founding member in each band still surviving, Otis Williams and Duke Fakir lead their newer bandmates with new renditions of old classics, including the iconic "My Girl" and "Reach Out (I'll Be There)".

Sound good to you? Share this page on social media and let your friends know about The Temptations & The Four Tops at Cape Cod Melody Tent.