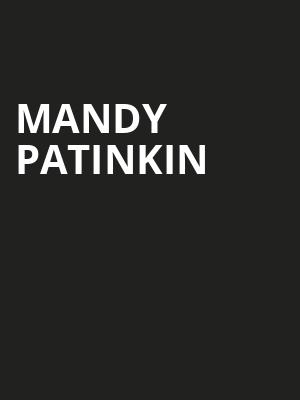 A tearjerker tenor, a leading interpreter of Stephen Sondheim, and for years a primetime US TV star

First rising to mainstream attention as the feisty Spanish fencer who uttered the immortal lines "My name is Inigo Montoya. You killed my father. Prepare to die." in the endlessly quotable 1987 cult film The Princess Bride, Hollywood heavyweight Mandy Patinkin has courted the spotlight on both stage and screen, simultaneously making a name for himself on Broadway with Tony-winning and nominated turns in Evita and Sunday In the Park With George.

Performing the show tunes and songs that have punctuated his prolific career, Patinkin will also perform original material written with collaborator Thomas Bartlett for his Diary albums. With an easy going and relaxed persona, the icon and his sonorous tenor voice are at home with the rapid fire lyrics and angular melodies of Sondheim as he is with Randy Newman's unhurried drawl, coming alive and commanding concert halls and venues great and small.

I've been loving Mandy's voice/style for decades and last night I finally... more

I, too, was very disappointed in Mandy Patinkin's concert. An exhilarating... more

Sound good to you? Share this page on social media and let your friends know about Mandy Patinkin at Capitol Center for the Arts.