Sorry! You missed In Conversation with Jim Carrey at Chevalier Theatre 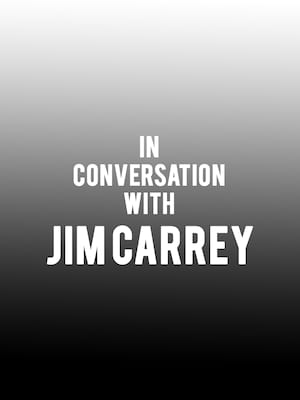 In Conversation with Jim Carrey

His features are so elastic, so malleable, that he might express volcanic anger one minute and soul-crushing sadness the next.

Why See In Conversation with Jim Carrey?

An Evening of Illuminating Conversation With Jim Carrey

Arguably one of the most influential comedians of our time, multi-talented entertainer Jim Carrey has captivated audiences with his malleable facial expressions, physical performances and knack for slapstick comedy since his early days in stand-up and on TV as part of the regular cast of In Living Color. Join Carrey and Dana Vachon as they discuss their latest book Memoirs and Misinformation in an evening of arresting conversation this spring.

Hailed as a fearless semi-autobiographical novel, Memoirs and Misinformation chronicles Carrey's extraordinary career, from the very highest heights of Hollywood to lows of depression and ennui. Covering all facets of the actor's life, from romance to privilege, addiction to relevance and the fear of erasure, it presents Carrey as a Rigoletto type character who must come to terms with the dark side of celebrity and find enlightenment from spiritual sources. Co-writer Vachan wrote bestseller Mergers and Acquisitions and has appeared in the New York Times and Vanity Fair.

Sound good to you? Share this page on social media and let your friends know about In Conversation with Jim Carrey at Chevalier Theatre.