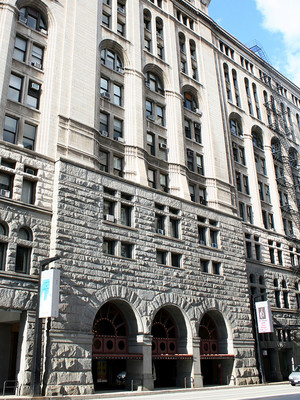 You can catch Shin Lim at Auditorium Theatre in Chicago, showing Mar 14, 2020

Shin Lim is also touring to: 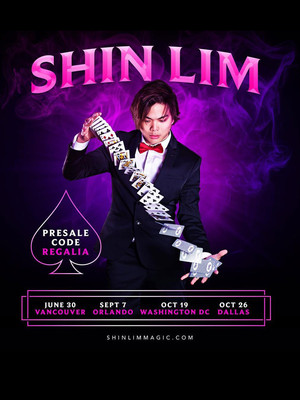 When Lim finished, the small crowd stood for an ovation.

Canadian-American sleight-of-hand wizard Shin Lim is *the* up and coming rock star magician of the alternative entertainment world. Born in Vancouver and raised in both Singapore and Massachusetts, Lim showed early promise in music, but his true passion was sparked when his older brother Li showed him a simple card trick. An obsession quickly became a career path when Li chose his love for cards over classical piano in 2011. Seven years later, his gamble paid off and he rose to national as the winner of the 2018 season of America's Got Talent.

Shaping up to be the biggest name in stage magic since David Copperfield, Lim not only won the popular TV contest, but has been named the champion of Close-Up Card Magic category of the Federation Internationale des Societes Magiques convention, dubbed the "Olympics of Magic". A spell-binding performer, Lim's boundless energy, enthusiasm and imagination culminate in a dazzling array of mind-boggling routines involving quick fingers, flashing cards and smoke. Don't miss his groundbreaking work as he hits the road on a victory tour following his AGT win.

The show was fine the camera projection was very poor. Lighting of the... more

Sound good to you? Share this page on social media and let your friends know about Shin Lim at Chevalier Theatre.