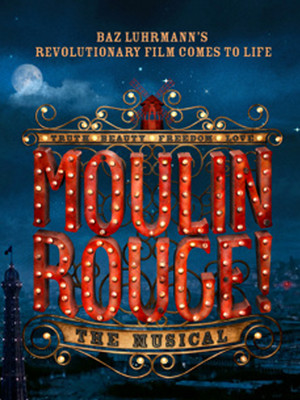 If we must have jukebox musicals, I only wish they were all as vivacious and utterly exhilarating as this

Why See Moulin Rouge! The Musical?

My Gift Is My Song, and this one's for you!

One of the most beloved movies of the 21st century, Moulin Rouge captured the hearts of audiences across the world with its tragic love story and monumental score. Now this epic tale has been transformed into a spellbinding and captivating stage musical! Starring Aaron Tviet, who stole the hearts of the globe as Enjolras in the 2012 epic motion picture of Les Miserables, and Hamilton's Karen Olivo.

As one of the most beloved movies of the 21st century, Moulin Rouge continues to capture the hearts of audiences across the world. Its tragic love story and monumental score made for an epic tale and will now be transformed from visually stimulating movie into a spellbinding and captivating stage musical.

Due to the wonderment that surround this cult classic its no wonder that director Alex Timbers was keen to take up the torch of stage adaptation talks (previously dormant) and light it once more. It's now been announced that Moulin Rouge! The Musical will head to Boston for its pre-Broadway try-out and in doing so signals the re-opening of Boston's prestigious Colonial Theatre.

What is Moulin Rouge about?

The year is 1900 and Christian, a young poet and talented writer has come to Paris to pursue a career and become a member of the Bohemian movement there. Christian ends up falling hopelessly in love with Satine, the star of the infamous Moulin Rouge, however Satine has already been promised to the unscrupulous Duke. A love triangle ensues, as Christian and Satine try to stay together against all odds they are led down a dark and dangerous path but Satine is holding a terrible secret of her own...

Ignored any negative reviews posted here, this is a magnificent show. more

Sound good to you? Share this page on social media and let your friends know about Moulin Rouge! The Musical at Emerson Colonial Theater.