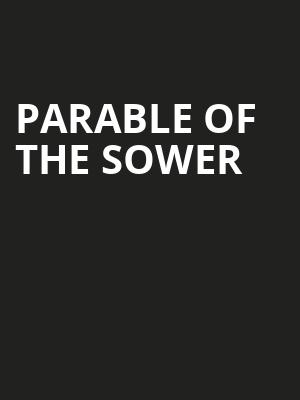 Parable Of The Sower

Parable of the Sower is a triumphant, mesmerizing theatrical work of rare power and beauty that illuminates deep insights on gender, race and the future of human civilization.

Why See Parable Of The Sower?

The powerful novel transformed for the stage

Based on the 1993 science fiction novel by Octavia E. Butler, Parable Of The Sower is an Afrofuturist tale based on a woman grappling with the end of the world. Told through 200 years of black music for the Cutler Majestic Theatre, this musical is a powerful production that captures the novel's essence.

In an America of the future, a young woman lives in a society ravaged by climate change and subsequent violence. When she loses all that she knows she begins to venture into the unknown and the start of a new belief system is birthed.

Sound good to you? Share this page on social media and let your friends know about Parable Of The Sower at Cutler Majestic Theater.