Sorry! You missed Being Earnest at Greater Boston Stage Company 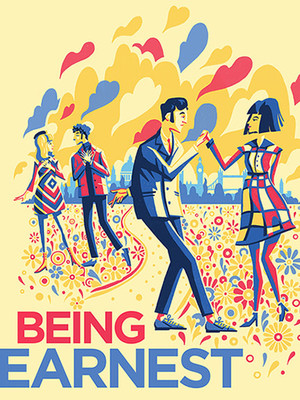 Purists of the original classic will be scandalized, but don't let that stop you from seeing this effervescent musical, which is filled with the verve and buoyancy of 1965 London

Why See Being Earnest?

Oscar Wilde's effervescent romantic comedy gets an update to the swinging streets of sixties London in this brand new musical from Paul Gordon and Jay Gruska, making its East Coast Premiere courtesy of the Greater Boston Stage Company. Expect a delicious confection of mini-skirts, mistaken identities, and music that transports you straight into the decade, all wrapped in Wilde's wittiest prose!

What is the story of the Importance of Being Earnest?

The tale of two dandy bachelors whose use of the pseudonym Earnest gets them into hijinks as both attempt to win two potential wives, the sensible Gwendolen and the innocent young heiress Cecily, much to the chagrin of the formidable dowager Lady Bracknell. So grab your handbags for this groovy new production!

Seen Being Earnest? Loved it? Hated it?

Sound good to you? Share this page on social media and let your friends know about Being Earnest at Greater Boston Stage Company.