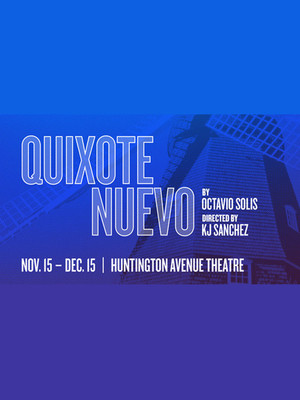 Widely regarded as one of the most influential Latin American playwrights in the world today, Octavio Solis explores what it means to be Mexican-American in many ways, fusing magical realism and multi-cultural stories with the very real experiences of his people. The award-winning theatermaker turns his talents to the Spanish literary canon in Quixote Nuevo, a lively and vividly poetic re-imaging of the iconic Don Quixote.

Directed by KJ Sanchez, the head of the MFA Directing program at the University of Austin, Quixote Nuevo enjoys a strictly limited run at Boston's Huntington Theater this winter. Transporting the action to a dusty boarder town in Texas, Solis' Quixote is just as every bit eccentric as the original and heads out on a desert-crossing quest to reunite with his long lost love, with Death in hot pursuit. Hysterically funny and infused with mariachi, high theatrics and much poetry, it is simply not to be missed.

Sound good to you? Share this page on social media and let your friends know about Quixote Nuevo at Huntington Avenue Theatre.