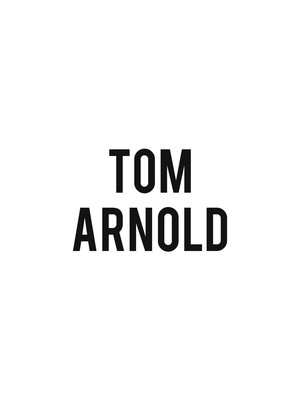 Straddling the worlds of stand-up comedy, Hollywood feature films and sports show hosting, multi-talented producer, writer and actor Tom Arnold has garnered a Peabody and Golden Globe Award during the course of his prolific career. Perhaps best known as the comic relief in blockbuster hits 'True Lies' opposite Arnold Schwarzenegger, 'Austin Powers' opposite Mike Myers and 'Nine Month's co-starring Hugh Grant and Julianne Moore, the funnyman returns to his roots for a series of special live shows.

At the tender age of 23, Arnold embarked on his life-long glove affair with laughs, honing his chops in the early 80s with a prop-based routine called 'The Goldfish Review'. His talents didn't go unnoticed, and soon he was brought in by Roseanne Barr herself to write on her hit TV sitcom, the perfect springboard into acting roles on both the small and silver screen. With confidence bordering on chutzpah, the seasoned performer takes to the stage without a script to poke fun at his own Midwestern upbringing, the highs and lows of marriage and outrageous, almost to absurd to be true stories about his time in Hollywood.

Sound good to you? Share this page on social media and let your friends know about Tom Arnold at Laugh Boston.