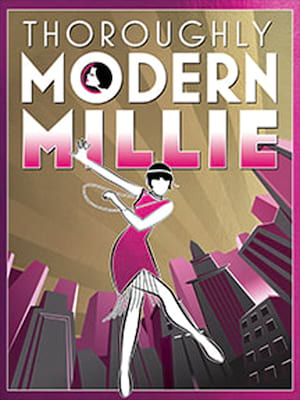 This Tony Award-winning Best Musical is a mix of madcap mistaken identity, high-spirited show tunes, and tap-happy dance numbers that will have more kick than bootleg gin.

Thoroughly Modern Millie is a sparkling musical set in the 1920s that follows Millie who leaves her small town behind and lands in New York City. She plans on marrying a rich man but quickly ends up on a different path when she falls for someone without any money. Follow her on her adventures through New York during an iconic and glittering era.

The musical opened on Broadway in 2002 and was greeted with a positive reception. It received five Drama Desk Awards and six Tony Awards including Best Musical as well as being nominated for many more.

Sound good to you? Share this page on social media and let your friends know about Thoroughly Modern Millie at North Shore Music Theatre.