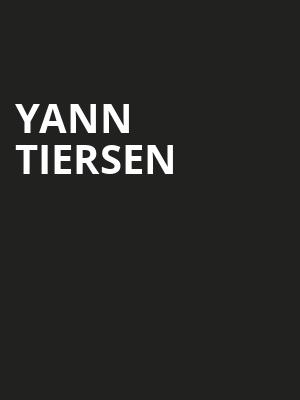 Stylistically his work is filled with nostalgia but is also innovative, constantly shifting and seeking to build on that landscape he evokes with each note.

Perhaps best known as the composer of wistful French cinema gem Amelie, Yann Tiersen's work spans an impressive breadth of film soundtracks, collaborations and solo studio albums. Active since 1995, the multi-instrumentalist builds lush sonic worlds around the simplest and most satisfying of melodies, which cascade from his ivory-tickling fingertips to stir the very depths of the listener's soul. Timed to coincide with the release of his new album Kerber, Tiersen will be bringing his fresh material to US shores during a hotly a hotly anticipate European and North American tour.

Kerber follows the trails of his 2019 album Portrait, and portrays a very new chapter in his work, said to be his most electronic material to date!

Sound good to you? Share this page on social media and let your friends know about Yann Tiersen at Somerville Theatre.