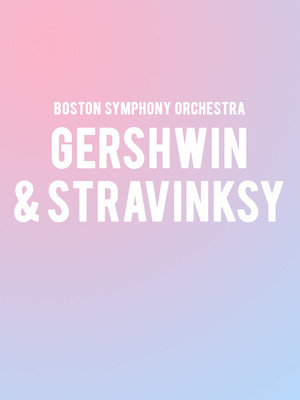 Two titans of the 20th century are on show in this fabulous program featuring an appearance from Jean-Yves Thibaudet on the ivories. Expect to be transported to George Gershwin's jazz-infused world with his Piano Concerto in F and Variations on 'I Got Rhythm' (which premiered in Boston back in 1934) before traveling into the heart of Russian folklore with Stravinsky's Petrushka.

The BSO's summer residence since 1937, the Tanglewood season annually offers a wide range of artists and works, from Classical to Contemporary to keep you smiling year after year!

Photo by Quino Al on Unsplash

Sound good to you? Share this page on social media and let your friends know about Boston Symphony Orchestra - Gershwin and Stravinsky at Tanglewood Music Center.