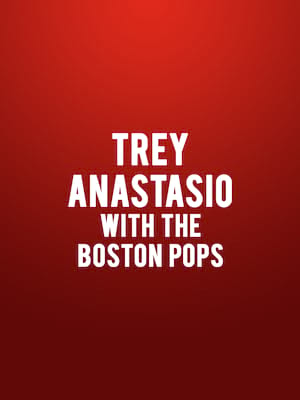 Trey Anastasio with the Boston Pops

Trey Anastasio has sustained his career as a rock star in ways that defy all expectation.

Why See Trey Anastasio with the Boston Pops?

The guitarist of jam band pioneers Phish joins Kieth Lockheart and the Boston Symphony Pops makes his hotly anticipated Tanglewood debut this summer! Six-string virtuoso Trey Anastasio has long been on Lockheart's wishlist of collaborators, and during the forward-thinking conductor's 25th anniversary with the Pops, his musical wish is finally coming true. Don't miss the historic one-night-only concert on Jun 20th, 2020.

Best known as a founding member and the frontman of the jammiest of all jam bands, Anastasio has a long history of embarking on other, genre-bending projects. There's been the countless number of Phish spin-offs for one, including Bivouac Jam and Phil Lesh and Friends, as well as a host of his own solo records, which have spawned various special one-off performances with orchestras across the country. Formed in 1998, he now tours extensively with the Trey Anastasio Band (TAB for short), with whom he plays both new materials alongside Phish classics and favorites

Sound good to you? Share this page on social media and let your friends know about Trey Anastasio with the Boston Pops at Tanglewood Music Center.