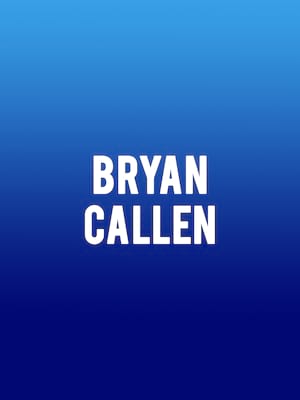 As a stand-up, he exudes a physical energy that's as important to his routine as his joke writing.

Ring in the New Year with Bryan Callen

Laugh your way into 2020 in the company of consummate comedian Bryan Callen and his extra special New Year's Eve Show at Boston's Wilbur Theatre. After studying acting at the Beverly Hills Playhouse, Callen honed his comedy and impression chops as one of the original cast members of MADtv in the mid 90s, which acted as a stepping stone to roles on Entourage, Frasier, How I Met Your Mother and Californication amongst other TV classics.

In the past decade, the 50 something has successfully channelled his energy into comedy specials and albums like Never Grow Up and Man Class, as well as podcasts The Fighter and the Kid with fellow funnyman Brendan Schaub. His latest album, special and tour Complicated Apes offers up his unique insight on a range of modern hot button issues, from social media to cancel culture and political correctness gone awry, all wrapped up with a natural sense of charisma and knack for satisfying punchlines.

Sound good to you? Share this page on social media and let your friends know about Bryan Callen at Wilbur Theater.