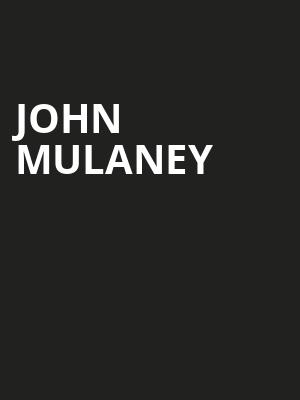 John Mulaney is back

With the face of a teenager and a deep, rich voice that belie his 35 years of age, the Emmy-winning John Mulaney has taken the comedy scene by storm. His acerbic wit and intelligent observational humour made him a perfect fit for Saturday Night Live (see the hilarious 'Stefon' sketches) while his versatility as a performer helped him secure a spot in the Broadway Hall of Fame with his production, The Oh, Hello Show. Mulaney resonates with his generation as he weathers the climes of adulthood and uncertainty, all the while coming across as an adorable geek.

Now fresh from the successes of his Broadway production and Netflix cartoon Big Mouth, and his recent Kid Gorgeous tour, he's performing live at select venues! An air of vulnerability and self-deprecation are a hallmark of Mulaney's routines, which veer from light-hearted, youthful asides about hangovers and bar-hopping to much deeper, intellectual content.

LOVED THE ENTIRE SHOW, EVERYONE WALKED OUT LAUGHING. <3 <3 more

Had a wonderful time! The show was really great although the temperature... more

Sound good to you? Share this page on social media and let your friends know about John Mulaney at Wilbur Theater.