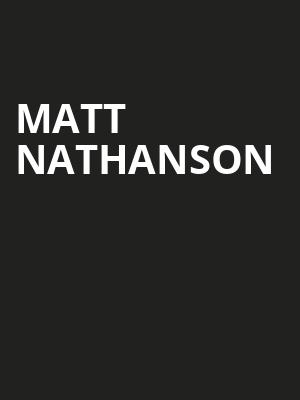 Matt Nathanson is back!

American singer-songwriter, Matt Nathanson is hitting the road in 2022 in celebrating 15 years of 2007 album 'Some Mad Hope' which included fan favorite singles 'Come On Get Higher', 'Car Crash', 'All We Are' and 'Falling Apart'. This upcoming tour will also see Nathanson supporting his upcoming ninth studio recording, 'Last of the Great Pretenders'!

The folk rock artist work includes his platinum-selling song 'Come On Get Higher', and his hit track 'All We Were' which appeared on ESPN. Also track 'All We Were' featured on NCIS. But, it's not just Nathanson's music which hit our televisions, he last made an appearance on the screen on The Bachelor, not as a contestant, but to serenade the winners.

Sound good to you? Share this page on social media and let your friends know about Matt Nathanson at Wilbur Theater.