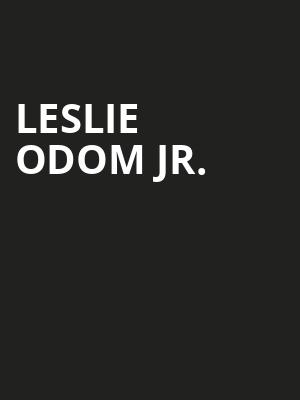 He's not giving away his shot

A Night with leslie odom jr.

Leslie Odom Jr, best known for his Tony Award-winning role as Aaron Burr in the original cast of Broadways Hamilton, is hitting the road and performing hits from his solo album. Sharing the stage with him will be some of the greatest symphonies for an evening like no other.

The self-titled jazz album was self released in 2014, and then released again in 2016 by S Curve Records - which then quickly saw the album reach No. 1 on the Billboard Jazz charts. The jazz album includes tracks; 'The Guilty Ones' from Spring Awakening and 'Cheer Up Charlie' from Willie Wonka and the Chocolate Factory.

After making his Broadway debut aged just 17 in Rent, the acclaimed star of stage and screen has gone on to feature in Smash, The Good Wife, Grey's Anatomy and originated the role of Aaron Burr in Hamilton, for which he scooped up the 2016 Tony Award for Best Actor in a Musical.

Sound good to you? Share this page on social media and let your friends know about Leslie Odom Jr. at Emerson Colonial Theater.