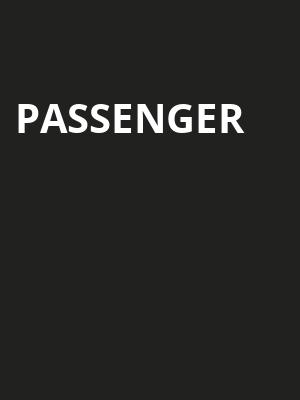 The folk phenomenon is back!

Following in the footsteps of Ed Sheeran and Mumford and Sons, Passenger is the latest indie folk sensation from the UK. His single Let Her Go was a stunning worldwide success, and now he's heading out on a solo tour, just him and his guitar. Expect to hear his latest track 'Sandstorm', along with tracks off his most recent album 'Sometimes It's Something, Sometimes It's Nothing at All'.

With his 2012 single 'Let Her Go', Michael David Rosenberg's career suddenly went stratospheric. The English singer-songwriter had been performing under the Passenger moniker, either on his own or as a band, for over a decade, quietly building a reputation for gentle, undulating indie folk. He even toured as support for his old friend Ed Sheeran for a time, but after Let Her Go's release, suddenly it was Rosenberg topping bills. A worldwide phenomenon, the single went over 3 times platinum in North America alone.

Sound good to you? Share this page on social media and let your friends know about Passenger at House of Blues.