Sorry! You missed An Ideal Husband at Huntington Avenue Theatre 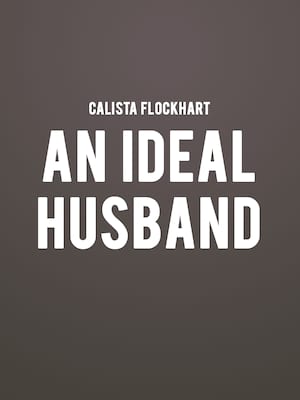 The beloved Calista Flockhart in the wittiest of Oscar Wilde comedies

Why See An Ideal Husband?

A compelling tale of blackmail

Starring Calista Flockhart, An Ideal Husband is Oscar Wilde's 1895 masterpiece. The play takes place over 24 hours and follows a group of London's Lords and Ladies as they plot to destroy Member of Parliament, Sir Robert Chiltern's career. Huntington Theatre Company presents this riveting story that explores blackmail, scandal, and secrets in the world of London politics.

Originally premiering in 1895 in London, the play showcased 124 performances during its first run. The production has since been shown in the UK at Manchester's Royal Exchange in 1992 and on Broadway in 1996.

Sound good to you? Share this page on social media and let your friends know about An Ideal Husband at Huntington Avenue Theatre.