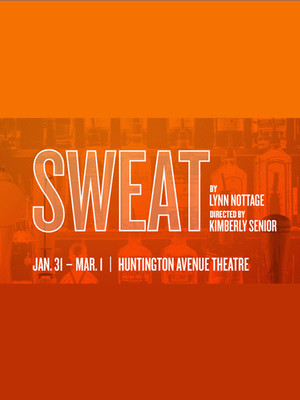 "Sweat" is best at its muddiest, when love and hate, and the urges to strike out and to comfort, teeter in precipitous balance. That's when Ms. Nottage's characters, and the cast members who embody them, emerge in their full tragic humanity.

Winner of the 2017 Pulitzer Prize for Drama and a Tony nomination that same year for its critically acclaimed Broadway iteration, Lynn Nottage's Sweat astounded critics and audiences alike with its poignant portrayal of the simmering racial tensions, devastating consequences of de-industrialisation and its resulting unemployment in modern America.

The Huntington Theater Company presents a visceral and urgent new production of Sweat, lead by Niceties director Kimberly Senior as part of their brand new 2019/20 season programming. Nottage's gift for story-telling interweaves real interviews with the residents of Reading, Pensylvania to present a rustbelt community on the brink of collapse. When the town's income-generating factory closes, tensions come to a head, making enemies out of friends and co-workers.

Seen Sweat? Loved it? Hated it?

Sound good to you? Share this page on social media and let your friends know about Sweat at Huntington Avenue Theatre.