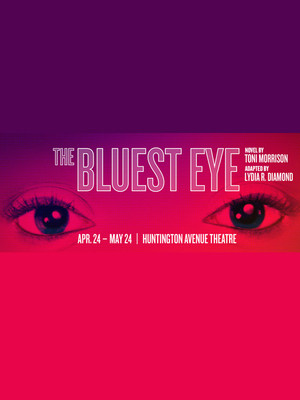 Toni Morrison really makes the reader question beauty, the pressure put on people to fit in with untrue ideas. This novel will not leave the reader without making them evaluate the dangers of social standards and changing the way you look at how society

Why See The Bluest Eye?

Its been thirty years since the debut of Pulitzer and Nobel Prize-winning literary icon Toni Morrison's beloved novel The Bluest Eye and to mark the occasion, the Huntington Theater Company presents Lydia Diamond's arresting stage adaptation as part of their groundbreaking 2019/20 season.

Confronting the consequences faced by those that do not meet beauty standards, especially when it comes to race and the inherent prejudice that goes with perfection and beauty ideals, The Bluest Eye follows a young African-American girl called Pecola. Living in Ohio in the aftermath of the Great Depression, Pecola grows up believing that she is ugly because of her dark skin and is shunned and ridiculed by many. Believing that if she had the blue eyes and light skin of her idol Shirley Temple, she is tossed amidst the violent seas of poverty, a broken home life, betrayal and her own inferiority complex.

Seen The Bluest Eye? Loved it? Hated it?

Sound good to you? Share this page on social media and let your friends know about The Bluest Eye at Huntington Avenue Theatre.