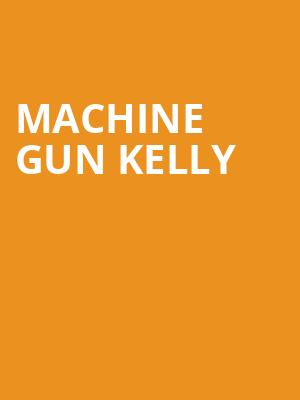 Tickets To His Downfall

Music extraordinaire and budding actor Machine Gun Kelly (MGK) heads out on tour in 2021 in support of his brand new album, Tickets To My Downfall! This latest release is the young rapper's fifth studio album and follows his 2019 release Hotel Diablo. Starting his career way back in 2006 MGK has risen through the musical ranks and is now one of the USA's most promising artists!

Hailing from Cleveland, Ohio a young Machine Gun Kelly released his first mixtape Stamp of Approval in 2006. This first release saw MGK begin to compete in various Freestyle Battles across North America and ignited a promising career for the self-titled 'anarchist'. MGK's debut album, Lace Up, which was released in 2012 debuted at number four in the US charts with his next two albums (2015's General Admission and Bloom) mirroring this success.

Having sold 20 million records worldwide Machine Gun Kelly has cemented himself as one of North America's most promising artists, don't miss your chance to see him live!

Please note that some venues are age restricted, please check with the venue before purchasing tickets.

Sound good to you? Share this page on social media and let your friends know about Machine Gun Kelly at Rockland Trust Bank Pavilion.