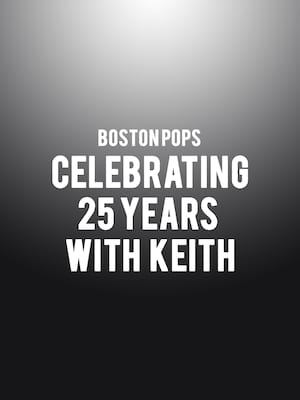 Celebrating 25 years of groundbreaking live music that spans all genres

The breakout star of NBC musical drama SMASH! and a darling of musical theatre on both sides of the Pond, Megan Hilty is a bonafide triple threat. Nominated for a Tony for her role in the smash-hit comedy Noises Off! she is also known to theater-goers for her roles in classic 9 to 5 and Wicked. Her solo album successes include Megan Hilty Live at the Cafe Carlyle and a Christmas album called A Merry Little Christmas with Megan Hilty.

Sound good to you? Share this page on social media and let your friends know about Boston Pops - Celebrating 25 Years with Keith at Boston Symphony Hall.