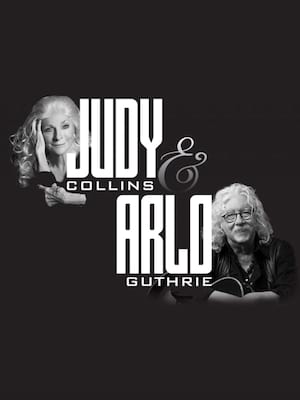 Folk singers Judy Collins and Arlo Guthrie unite for a North American tour this summer. This isn't the first time the two have shared the stage and both artists have plenty in common. From being legends in folk music to being excellent songwriters to using music to support social activism. They come together to honor a special era in music.

Judy Collins' career began in 1961 with the release of her debut album 'A Maid of Constant Sorrow.' She has gone on to receive the 1969 Grammy Award for Best Folk Performance, be inducted into the Colorado Women's Hall of Fame in 2006 and receive the Lifetime Achievement Award at the BBC Radio 2 Folk Awards in 2009. Arlo Guthrie is famous for making protest songs with his most known being 'Alice's Restaurant Massacre' released in 1967.

Seen Judy Collins and Arlo Guthrie? Loved it? Hated it?

Sound good to you? Share this page on social media and let your friends know about Judy Collins and Arlo Guthrie at Chevalier Theatre.