Sorry! You missed The Mavericks and Los Lobos at Tanglewood Music Center 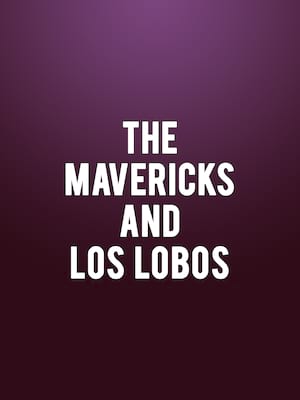 The Mavericks and Los Lobos

The entire ensemble and guests followed Hidalgo's lead to the mountaintop, then reeled the sound back to a hush before unleashing a cathartic climax.

Why See The Mavericks and Los Lobos?

Rubbing shoulders with the likes of Brandi Carlisle, Ringo Starr and James Taylor, country-roots icons The Mavericks and Tex Mex heroes Los Lobos join Tanglewood's 2020 Popular Artist Series for one special night of rollicking rock and roll music. One of the most original and eclectic bands of the last quarter-century, Grammy Award-winning innovators The Mavericks fuse their Latino roots with a vintage Country flair that culminates in a diverse yet distinctive sound that regularly draws sold-out shows.

Similarly, Grammy-winning East Los Angeles sextet Los Lobos combines the sounds of its Mexican heritage with a love of blues, R&B, folk and heartland rock. The outfit broke through to the mainstream with the 1987 smash hit cover of Richie Valens' La Bamba and has released a staggering sixteen albums, and five live albums, as well as made dozens of appearances on film soundtracks in the years since.

Sound good to you? Share this page on social media and let your friends know about The Mavericks and Los Lobos at Tanglewood Music Center.