Sorry! You missed The Black Keys at TD Garden

You are viewing a past performance of The Black Keys

You can catch The Black Keys at the Xfinity Center, showing August 21, 2020 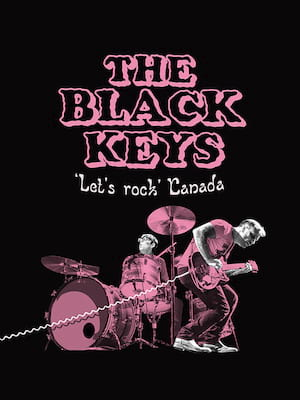 This is not a drill! The Black Keys are back on the road

Why See The Black Keys?

The Black Keys are officially back! Following the release of 'Lo/Hi', the blues-rock duo's first tune in five years, 2019 will see them return to the road on the extensive Let's Rock tour.

Ohio natives Dan Auerbach and Patrick Carney first formed the 'keys back in 2001 and amassed a dedicated fanbase as they made their way through the indie underground, playing clubs all over the world and self-releasing albums. 2010 saw them hop over to the mainstream with fifth record Brothers and lead single 'Tighten Up' crashing onto the airwaves. The heavy blues sound with '60s style production carried over to the follow up 'El Camino', cementing them as one of the best alternative bands of the decade.

The opening act was horrible, Modest Mouse were turned up far too much... more

to me it sounded like they played the same song at least three or four... more

Sound good to you? Share this page on social media and let your friends know about The Black Keys at TD Garden.