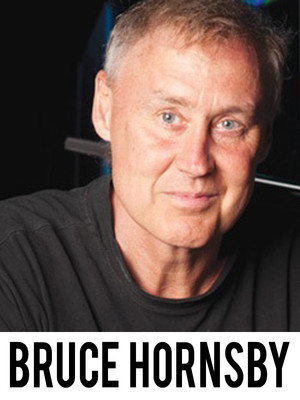 He's played with Dylan and been sampled by 2Pac

The variety and range of Bruce Hornsby's music is quite staggering. In the course of his 40 year career, his stunning improvisational talent has drawn from rock, jazz, gospel and even country. Not too many performers to have garnered a Grammy for both Best Bluegrass Album and Best Pop Instrumental Performance. Outside of his wildly experimental solo work, he's maybe best known to the world for his work with The Grateful Dead and for the Billboard Number 1 hit The Way It Is, later sampled by 2Pac on his track Changes.

Catch this singer and keyboard virtuoso at his improvisational best when he hits in , ,

Sound good to you? Share this page on social media and let your friends know about Bruce Hornsby at Wilbur Theater.