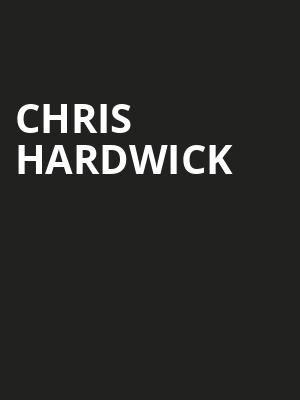 Pop culture musings from the creator of The Nerdist

Chris hardwick is back on the road

The king of the nerds (or Nerdists to be more precise) is hitting the road on tour, where you'll see Hardwick's stand-up tackles technological and cultural issues of the day, whilst at the same time delving into his own socially awkward adolescence with spirited honesty.

A veritable renaissance man of pop and nerd culture, Hardwick created The Nerdist Podcast in 2010, which later grew into the all-conquering Nerdist industries. A seasoned stand-up, he regularly plays with the comedy music duo Hard 'm' Phirm and has hosted numerous shows for AMC, including the post-show discussion programs Talking Bad and Talking Dead, as well as Comedy Central and BBC America.

Sound good to you? Share this page on social media and let your friends know about Chris Hardwick at Wilbur Theater.