Sorry! You missed Eric B and Rakim at Wilbur Theater 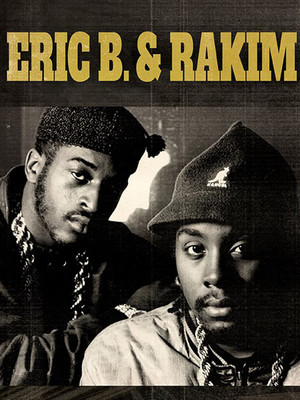 Eric B and Rakim

Why See Eric B and Rakim?

The Dynamic Duo are reunited

First exploding onto the scene way back in the 1980s Eric B and Rakim have become one of the most influential and pioneering groups in the genre the world over. This DJ and MC duo broke new ground with their iconic single, 'Eric B. is President', changing how rhymes and beats work together, Eric B and Rakim began to revolutionise Hip-Hop.

After six years and four albums together, the dynamic duo decided to part ways so they could focus on solo projects. But, after 25 years since their last national tour and 30 years since their ground-breaking first album, the god-fathers of hip-hop return to show the world what they've been missing out on! A must see for any hip-hop fan, don't miss Eric B and Rakim when they light up your town.

Jambi: “Erik B And Rakim”

Erik B and Rakim were pretty late to the stage, but this can be expected... more

The concert was awful. Much respect for Rakim, Eric B and Yo Yo. *Sound... more

Sound good to you? Share this page on social media and let your friends know about Eric B and Rakim at Wilbur Theater.