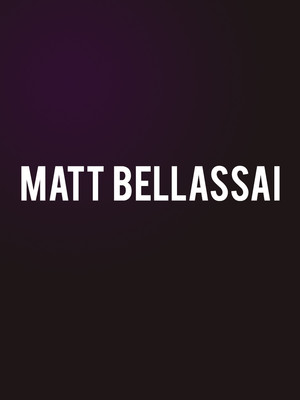 From president of the science club to People's Choice winner!

Matt Bellassai certainly doesn't take himself seriously, a self-professed nerd Bellassai has captured the hearts of the US public with his unique style of comedy. Starting off as one of BuzzFeed's comedy writers, Bellassai quickly rose to stardom with his witty and down-right outrageous online video sketches, making him the People's Choice Award winner for best Social Media star in 2012.

In 2017 Bellassai celebrated the release of his new book, Everything Is Awful: and other observations with a brand new stand-up tour where the funny man commented on life's annoyances. Most recently, he developed a series of videos titled Whine About It, which featured himself drinking wine and complaining. Expect fully-clothed full-frontal nudity and a lot of whining about life, liberty and the pursuit of un-happiness.

Sound good to you? Share this page on social media and let your friends know about Matt Bellassai at Wilbur Theater.