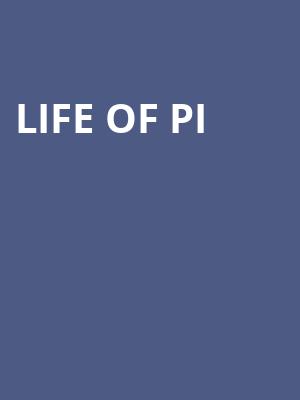 All images, graphics and logos are property of the production

Dream-like fable makes for a dazzling night of theatre

Why See Life of Pi?

After scooping a myriad Olivier Awards for its debut run in London's West End Lolita Chakrabarti's stunning stage adaptation of Yann Martel's metaphysical novel will make its American bow at the ART this December. With the entire original creative team in tow, including breathtaking puppetry by Nick Barnes and Finn Caldwell, scenic and costume design from Tim Hatley, video by Andrzej Goulding, sound from Carolyn Downing, and direction from Max Webster the extraordinary story of one 16-year-old's fight for survival following a shipwreck are rendered in vibrant color, music and visual wizardry in this consummate production.

What is the story?

As transformative as it is captivating, Martel's Life of Pi is a magical masterpiece that introduces us to Pi, a 16-year-old boy adrift in a lifeboat with four fellow survivors - a hyena, a zebra, an orangutan, and a terrifying Bengal Tiger. As they navigate the unpredictable waters of the Pacific Ocean, Pi's boundless imagination soon becomes his greatest asset.

Seen Life of Pi? Loved it? Hated it?

Sound good to you? Share this page on social media and let your friends know about Life of Pi at American Repertory Theater.