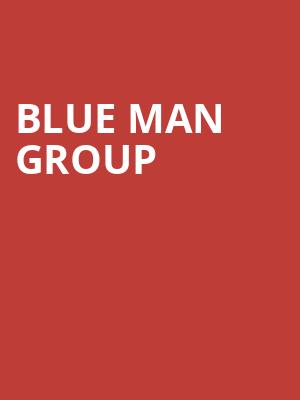 By the time they get to the toilet-paper-flying finale, it's impossible to avoid joining the rest of the "booty shaking" crowd in the wildest beach ball party ever.

Like nothing you've ever seen, the performance art troupe the Blue Man Group emerged in the early 90s with their thrillingly inventive concoction of vaudeville, live music, slapstick and cutting edge technology, and have since conquered the world. You find permanent Blue Man Group productions all over the world, including right here in Boston, where they've been dazzling audiences since 1995.

What is the show about?

As if they landed on earth from another planet (we're not betting against it), the Blue Men don't speak, yet are infinitely curious about the human race and our world. They delve wholeheartedly into exploring technology and our uniquely human eccentricities through a glorious mash-up of dance, music and performance. The show is constantly changing, so describing exactly what to expect is tricky - in the past, one of the group's signature set-pieces for this Boston production has been a drumming sequence involving gallons of luminous paint. Also expect plenty of audience participation!

As well as Boston, the Blue Men have resident productions in New York, Chicago, Orlando, Berlin, and Las Vegas, in addition to a worldwide tour - that's a whole lot of blue paint!

Children under three will not be admitted to the theater, and everyone, regardless of age, must have a ticket.

Approx 100 minutes with no intermission

Please be aware that the show contains dynamic live music and utilizes a state-of-the-art sound system - there is a lot of music and percussion in the performance, as well as use of a strobe light (for just under five minutes). Since noise and strobe lighting can affect patrons of all ages, we suggest you ensure that this would be acceptable for everyone attending the performance.

i was exsided to see the blue man group it was a cool show im doing a show... more

I was completely baffled by the performance. It was VERY family friendly.... more

Sound good to you? Share this page on social media and let your friends know about Blue Man Group at Charles Playhouse.