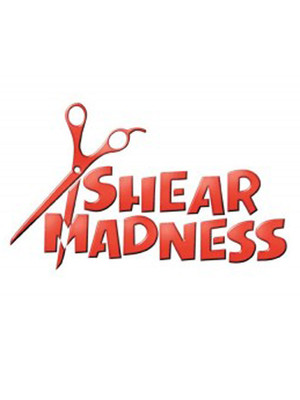 "Shear Madness" is one of the most popular entertainments in the world, delighting audiences night after night with its unique blend of madcap improvisation and spine-tickling mystery.

This unique comedy-whodunit takes place today in the "Shear Madness" hairstyling salon and is chock full of up-to-the-minute spontaneous humor. During the course of the action, a murder is committed and the audience gets to spot the clues, question the suspects, and solve the funniest mystery in the annals of crime.The outcome is never the same, which is why many audience members return again and again to the scene of the mayhem.

Producers, Marilyn Abrams & Bruce Jordan acquired the rights for a murder mystery originally titled "Scherenschnitt", written by German playwright Paul Portner, and made it into "Shear Madness" in 1978.

Recommended for individuals over the age of 10. There are some innuendos but its all good natured.

Two hours including an intermission

Sound good to you? Share this page on social media and let your friends know about Shear Madness at Charles Playhouse.