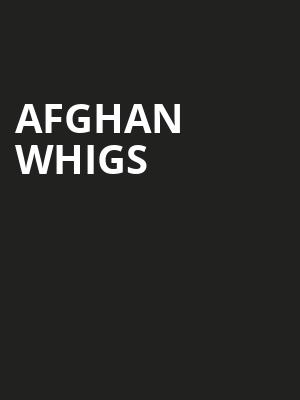 Broody, menacing rock veterans, who made a spectacular recent comeback

How do you burn world tour!

The Afghan Whigs dealt in some of the smokiest, seediest rock 'n' roll to emerge from the 1990s. Their speciality was tales of sex, betrayal and death, laced through with explosions of distorted guitar, and all related by Greg Dulli's silky croon. If ever there was a band ready made for a David Lynch movie soundtrack, they were it.

Happily, this richly hued atmosphere of menace was all present and correct on The Whigs' 2013 effort Do To The Beast, the band's first album for 16 years. Featuring the tracks Algiers and Matamoros, it returned the Afghan Whigs to their rightful place at the top of the alternative rock table.

2022 sees them touring their latest album 'How Do You Burn' which features new single 'The Getaway'!

Sound good to you? Share this page on social media and let your friends know about Afghan Whigs at Paradise Rock Club.