Sorry! You missed Tea at Five at Huntington Avenue Theatre 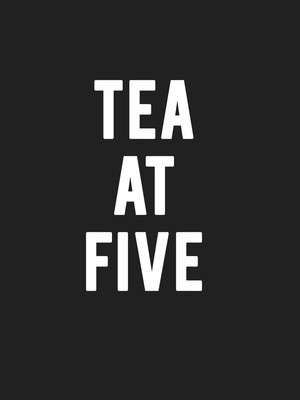 An icon plays an icon

Why See Tea at Five?

Boston audiences will get the chance to catch screen icon Faye Dunaway in Matthew Lombardo's highly regarded solo show, Tea at Five. An examination of the life of Katherine Hepburn, it will play a limited run this summer, before heading to the Great White Way in the fall. With direction from John Tillinger, Dunaway will play Hepburn in a retooled version from Lombardo himself.

No stranger to the stage, Oscar, Emmy, Golden Globe winner Dunaway last trod the hallowed boards in 1982's The Curse of an Aching Heart before going on to win a Sarah Siddons prize for her 1996 portrayal of Maria Callas. Outside of her stage work, (beginning with a fierce performance in 1964's After the Fall) she is well known for her work on the silver screen, including star-making roles in Bonnie and Clyde, Mommie Dearest and Network. A true icon, who'll be playing a true icon - we can't wait!

If you obey all the rules, you miss all the fun - Tea at Five

An intimate portrait of one of the greatest actresses of her generation, Tea at Five is adapted from Katherine Hepburn's own memoir and sees her at two defining moments of her life. One, when she has first tasted success and another where personal tragedy forces her to reaffirm her experiences, career, and relationship with Spencer Tracy.

From comedy to drama and everywhere in between, Hepburn - named the greatest female star of Classic Hollywood Cinema, captivated audiences in every sense of the world. Her spirited character and independence transported her from movie star to iconoclast who continues to inspire generations of young actresses today.

Carol: “WERE WE WATCHING THE SAME SHOW?”

I just saw this show and thought is was fantastic. In reading the reviews,... more

Wow! What a treat. Who knew there was so much sadness in Hepburn's life.... more

Sound good to you? Share this page on social media and let your friends know about Tea at Five at Huntington Avenue Theatre.