You are viewing a past performance of Jersey Boys 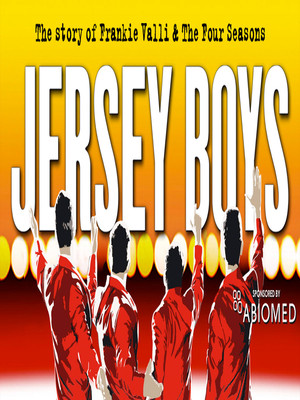 They were just four guys from Jersey, until they sang their very first note. They had a sound nobody had ever heard ... and the radio just couldn't get enough of.

Jersey Boys the musical has been a hit ever since it landed on the Broadway stage in 2005. So it's no surprise that North Shore Music Theatre in Boston has extended the musical to run for an extra four weeks, due to popular band from audiences. The jukebox musical that depicts the music and lives of '60s rock 'n' roll group The Four Seasons captivated audiences from its premier and has since gone on to be produced in the UK, Australia, Singapore, South Africa, The Netherlands, Japan and more.

Hitting the North Shore Music Theatre's stage this summer are all of your favorite hits including 'Big Girls Don't Cry,' 'Can't Take My Eyes Off You' and 'Sherry.' Behind the hits, The Jersey Boys' story is just as intriguing, dazzling and captivating. So much so that upon its premier, the musical won the Tony Award for Best Musical and went on to go on two North American national tours.

Approximately two hours and 35 minutes with one intermission

Sound good to you? Share this page on social media and let your friends know about Jersey Boys at North Shore Music Theatre.