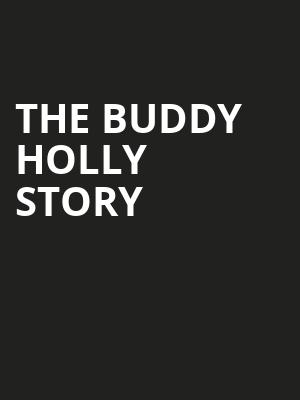 A joyous celebration of a musical legend that has audiences on their feet in every corner of the globe.

Why See The Buddy Holly Story?

The Buddy Holly Story is a lively delight that delves into the life and the music of Buddy Holly, a rock 'n' roll pioneer who made monumental moves in music during his short 22 years of life. This rocking musical showcases the star's dazzling and fascinating life in music to the sounds of songs including 'Peggy Sue,' 'Oh Boy,' and 'Maybe Baby.'

Texas-born Buddy Holly was born into a musical family and picked up the guitar at an early age. The musician opened for Elvis Presley during the early stages of his career before embarking on his solo music journey. He released two solo albums as well as an album with band The Crickets before his tragic death in 1959, but the mark he made on music lives on.

Seen The Buddy Holly Story? Loved it? Hated it?

Sound good to you? Share this page on social media and let your friends know about The Buddy Holly Story at North Shore Music Theatre.